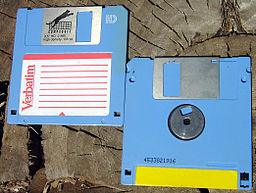 I recently acquired some used 3.5" floppy disks. I decided to keep some of them, but the rest are to be sold on, and formatted to work on Windows.

Like most modern motherboards, there is no FDD (Floppy Disk Drive) connector to connect an internal floppy disk, so I purchased a used USB floppy drive from ebay.

Plugging the device in and then inserting one of the floppy disks, mounted the drive automatically on my desktop in Ubuntu Mate.

Formatting the disks with ufiformat
ufiformat is a package for formatting floppy disks using a USB floppy drive on Ubuntu.

If ufiformat is not installed on your system, please enter the following command

To format the disk enter the following command below. We use the ufiformat command followed by the -f switch is to specify the size of floppy in my case all the floppy disks were 1.44MB, followed by the path /dev/sdb which we got from running the fisk command

Once complete I tried a few of the floppies on Windows. and was able to read and write to them.

MATE Desktop Environment, how do I edit the main menu

Neofetch, display system information in the terminal on Ubuntu and Ubuntu based distributions

Install the Fira sans font on on Ubuntu Mate