This article was rechecked and updated on 05/11/20

This tutorial presumes you already have an Amiga Kickstart Rom.

Unfortunately with the demise of Commodore in the early 90's I eventually sold my Amiga. This was replaced with an Olivetti 386 running Windows 3.1. It was a bit of a shock, most of the games I happily played on my Commodore Amiga 600, needed at least a PC running a 486 processor which was very expensive at the time.

It was not until around 1994 that I was able to buy my first PC, as the price of computer components had come down. I think my first PC ran a Cyrix 5x86 Processor, with 16MB of ram and no graphics card. 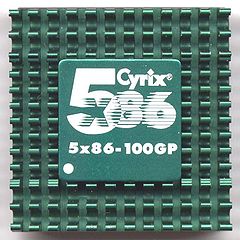 24 years later we have so much computer power at our finger tips, we can emulate all the old machines and consoles. If your looking for a good emulator on Linux to play your favourite Amiga games all over again, fs-uae seem to tick all the boxes.

In this tutorial I will show how to install fs-uae on your Ubuntu based distribution. Of course nothing matches buying the real thing and there are plenty of second hand Commodore Amiga for sale online through reputable marketplaces.

To install the full fs-uae packages, please enter the following commands in your terminal

fs-uae is the base package
fs-uae package is the launcher where you can select your rom, memory and other Amiga settings.
fs-uae-arcade package is a simple launcher that can display all your games in an arcade style interface.

After you have installed all three packages, issue the following command.

The launcher window will appear Select the ROM icon from the menu at the top, then locate and select the rom in your filesystem
Click the Start button. Your Amiga will then boot to the kickstart screen asking to insert your disk. To load your favourite game or demo ensure your Amiga Kickstart rom is already selected, then locate and select your .adf (Amiga Disk File), and press start. Your game or demo will then load. There are loads of other settings in the FS-UAE interface to check out.

Install dosemu2 dos emulator in Ubuntu and Ubuntu based distributions